Why every business IT requires an effective backup ?

This is the ultimate guide for small business backup solutions

In this new guide I'll cover 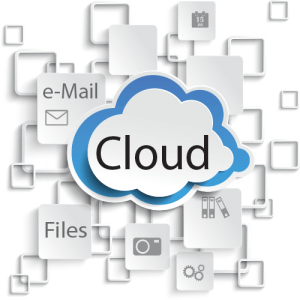 Why Backups are important ?

Regardless of your company size and sector, regular backups are crucial to securing your company’s network. In actuality, daily backups may arguably be the most critical step you can take for preventing a network tragedy and the consequential business meltdown.

Here are a few reasons why your Los Angeles Small Business needs a professional small-business IT support team monitoring backups and some tips for implementing a suitable backup strategy.

Regular backups are the safest way to protect your company. With so much of the contemporary business data backed by servers and information systems, a loss of your business data can have a crippling financial effect on your company.

Surveys of IT leaders found that incidents which resulted in data loss have exponentially increased, calculating combined business losses of $75 billion per year due to network downtime and data loss. The FBI suggests ransomware payments exceed $1 billion.

Even modest security breaches impacting a few files, which many small businesses suffer from, can have a significant effect. A report from Verizon found that little intrusions, which involve the loss of fewer than 100 files, can cost your company any were between $18,000 and $35,000. Unless you’ve got that kind of money to throw in a preventable problem regularly, then it is time to implement an effective backup plan.

Ransomware / Malware / Hackers and the need to have a working, protected, restorable , recent backup

Another threat that keeps growing exponentially across the world is that the spread of ransomware. When your business gets attacked with ransomware, you will be locked out of your network, without access to all your data, until you pay a ransom to hackers, usually with a crypto-currency like Bitcoin.

No American business is beneath the radar from this form of attack. Entire cities, small and large business have seen their business operations halted by ransomware attacks, ransomed for thousands, if not for hundreds of thousands of dollars. For criminals based in less developed countries in Western Europe, Asia, and Africa, a few hundred dollars represent a considerable motivation.

The most significant attack to appear on the news was one of the Baltimore City government in May 2019, affecting Real State prices and costing the city and taxpayers untold amounts. As a result of their lack of security, small companies are often the prime targets for ransomware attackers. With a safe backup of your system, you can help avoid paying the ransom and restore your data to a point in time before ransomware encrypted all your business data

Keep in mind that while having a server backup for your small business is highly important, it is also crucial to make sure hackers do not get access to encrypt, corrupt and preemptively destroy your backup to diminish the chances of recovery. Hackers will make sure to destroy both backups and shadow copies (operative system level backups or versioning system ) in an attempt to minimize the your chances of a speedy and successful system recovery.

We have compiled an IT security guide for you that covers the most critical aspects of business cyber security for 2020 make sure to read it and combine both backups and cyber security measures.

The Sad Part.
Not all backups are built equally or executed properly.

More than 40 percent of companies fail to recover after suffering a natural disaster, and another 25 percent fail within a year. Part of the issue has to do with failure to back up data, leaving companies starting from zero after a data loss event.

Sadly, countless businesses still don’t perform consistent, proper recoverable backups. Most of the small business (50%) due to lack of education fail to complete a daily backup, and many don’t perform backups at all.

Backups are important because they allow you to restore essential information.
Regularly Backed Up Information Provides Peace of Mind

Backups help you reconstruct your network no matter what happens. Otherwise, you can lose critical data like customer financial documents, product info, payroll data, mailing lists, and business plans. If a virus begins destroying your system, failure to restore your information from a clean backup can leave you with zero productivity that can last days or longer, destroying customer confidence in the business.

Sometimes, it’s not because of hack attacks or malware but data corruption. Backups help you return in time before you experienced network difficulties and quickly restore your network.

It is not too far fetched to say that even one episode of significant data loss can mean game over for your business. Backups ultimately permit you to focus your business efforts on what produces value to your customers instead of always being at risk of the next network security disaster.

With cost-effective backup strategies available from specialist managed IT service providers such as Zoltis Technologies, there’s just no reason your business should go without a regular backup policy.

What different types of backup can I use ?

Cloud backups are a crucial component of a comprehensive backup strategy. Cloud backups help make sure if your company suffers a natural disaster, you can restore your data off-site. The downside of Cloud-based backups is that it takes longer to restore your information into your system.

There are different backup strategies. However, the 3-2-1 strategy for copies is highly effective. It involves three copies located in two locations, such as on-premise and cloud storage

places. Ultimately, it would be best if you produced these backups at least once a day for maximum protection.

Once your systems go down, or you suffer data loss, you want to have a partner by your side that can quickly restore your computer system from a backup no matter what day or time it is.

It’s essential that you work with an IT provider that verifies the integrity of copies. The last thing you need is to restore your network with a backup that has data corruption issues or cannot restore because of other problems.

A daily backup report is a useful tool that allows monitoring the success or failure of your backups and if any corruptions happened.

If you would like secure and extensive backup support, Zoltis Technologies has the track record and experience providing managed IT support service and backup for small businesses in Los Angeles.

Schedule a meeting with Zoltis to discuss your technology needs and develop a routine backup strategy that provides real business IT security.

Want to learn more about the latest technologies for backup and disaster recovery for your small business ?

Subscribe to our newsletter to receive up to date information on:

We can help you with the following Los Angeles technology service and much more!